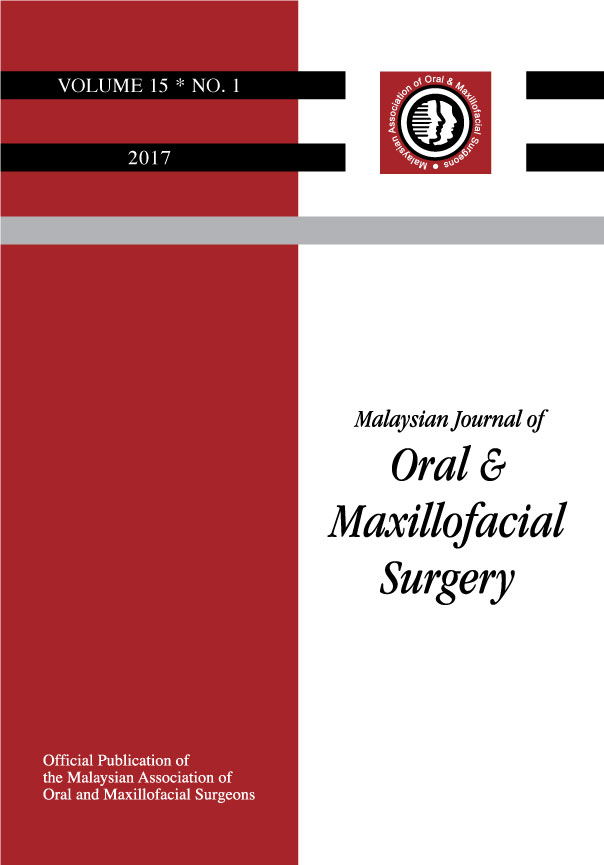 The purpose of this study was to document the pattern of paediatric tumours treated in Department of Oral and Maxillofacial Surgery and Paediatric Dentistry Hospital Kuala Lumpur, during a 10-year period. Data of patients were retrieved from the operation theatre book from the year 2000 to 2009. The collection of data included gender, age, location, histopathology and treatment of the tumour. The patients’ ages ranged from 4 to 18 years. There was an equal sex distribution. The majority of patients were Malays (53.3%, n=32) followed by Chinese (30.0%, n=18) and the remaining patients were Indian (13.3%, n=8) and others (3.3%, n=2). Among 60 incident cases, 52 cases were benign and 7 cases were malignant and 1 unclassified. Odontomes were the most prevalent tumour followed by ameloblastomas. Ewings Sarcoma was the most common malignant tumour. The maxilla was the main site of occurrence of oral and maxillofacial tumours in children and adolescence presenting to our Hospital. Treatment modality was mainly surgical for both benign and malignant tumors. Combined surgery and chemotherapy were employed in patients who had Ewings and Osteogenic Sarcoma. Most oral and maxillofacial tumors of children are benign, malignant tumors of soft tissue, salivary glands and bones must be taken into account. A mainly conservative approach was the preferred method of treatment in these children and adolescents.